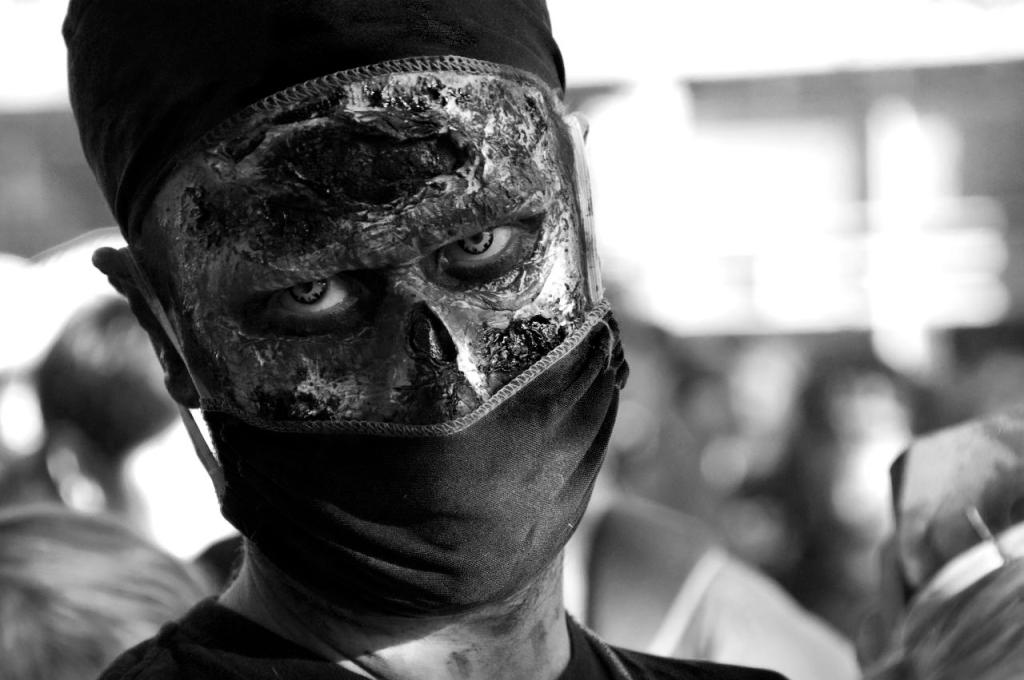 A surgeon zombie with some very evil eyes. I think he’s looking at you…

Beach of the Dead V, 22 October 2011. Beach of the Dead is a “zombie walk” that takes place annually in Brighton near to the time of Halloween. Inspired by the classic horror film genre (particularly the George A Romero films), participants garb themselves up as the undead and parade en masse in character from the Victoria Gardens on Grand Parade to the Concorde 2 night club on the seafront.

This year an estimated 4000 people took part in the march.

For more info on this event:

One Reply to “doctor zombie”