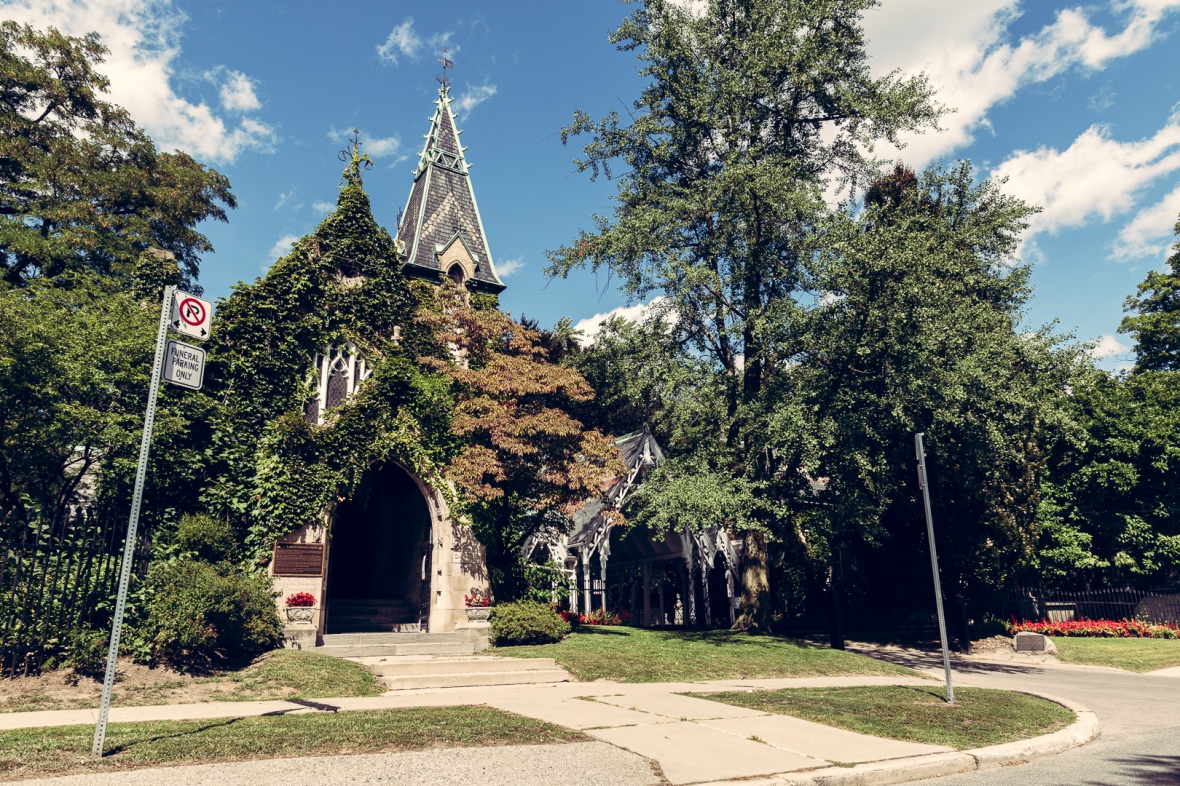 The rather picturesque Crematory Chapel and entrance to the Toronto Necropolis in Cabbagetown.

Time for some badly paraphrased history.

The Necropolis is a non-denominational public cemetery that was opened in 1850, making it one the oldest such cemeteries in the city. It contains the remains of more than 50,000 people. The crematorium there was built in 1933.

The city established Toronto Necropolis to replace the overflowing Potter’s Field, which opened in 1826 and was closed just 30 years later in 1855. Following the closure, they gradually moved all 6685 inhabitants elsewhere. This included the remains of “984 Early Settlers of the Town of York” who were relocated to the shiny new Toronto Necropolis. Incidentally, the only indication that Potter’s Field ever existed is a plaque marking the former site on Bloor Street West.

Anyway, it’s a beautifully serene and leafy cemetery with lots of nooks and crannies to explore, and all manner of weird and wonderful grave markers and crypts. Definitely worth a look if you happen to be in the area.